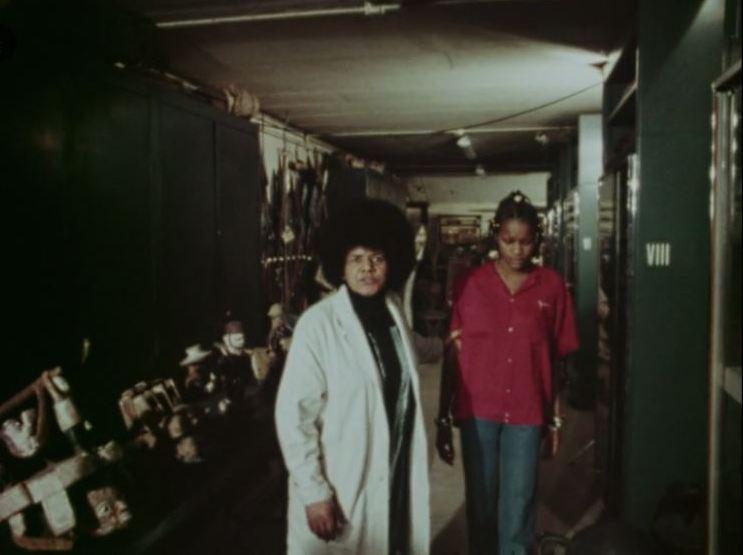 Sarah Maldoror was a French filmmaker and activist of Guadeloup origin. As the first African woman ever to direct a feature film, she is considered the "mother" of pan-African cinema. For her feature film Sambizanga, she was awarded two prizes at the 1972 Berlinale. In 2020, she died in Paris at the age of 91, from consequences of the coronavirus.

In Et les chiens se taisaient (1978), she and actor-filmmaker Gabriel Glissant depict an excerpt from the play of the same name by Aimé Césaire, a Franco-Martinan poet and playwright. In it, a revolutionary contemplates his life just before dying in a great collective disaster. Shot at Paris' Musée de l'Homme, the film questions the then prevailing condition of Black French citizens.