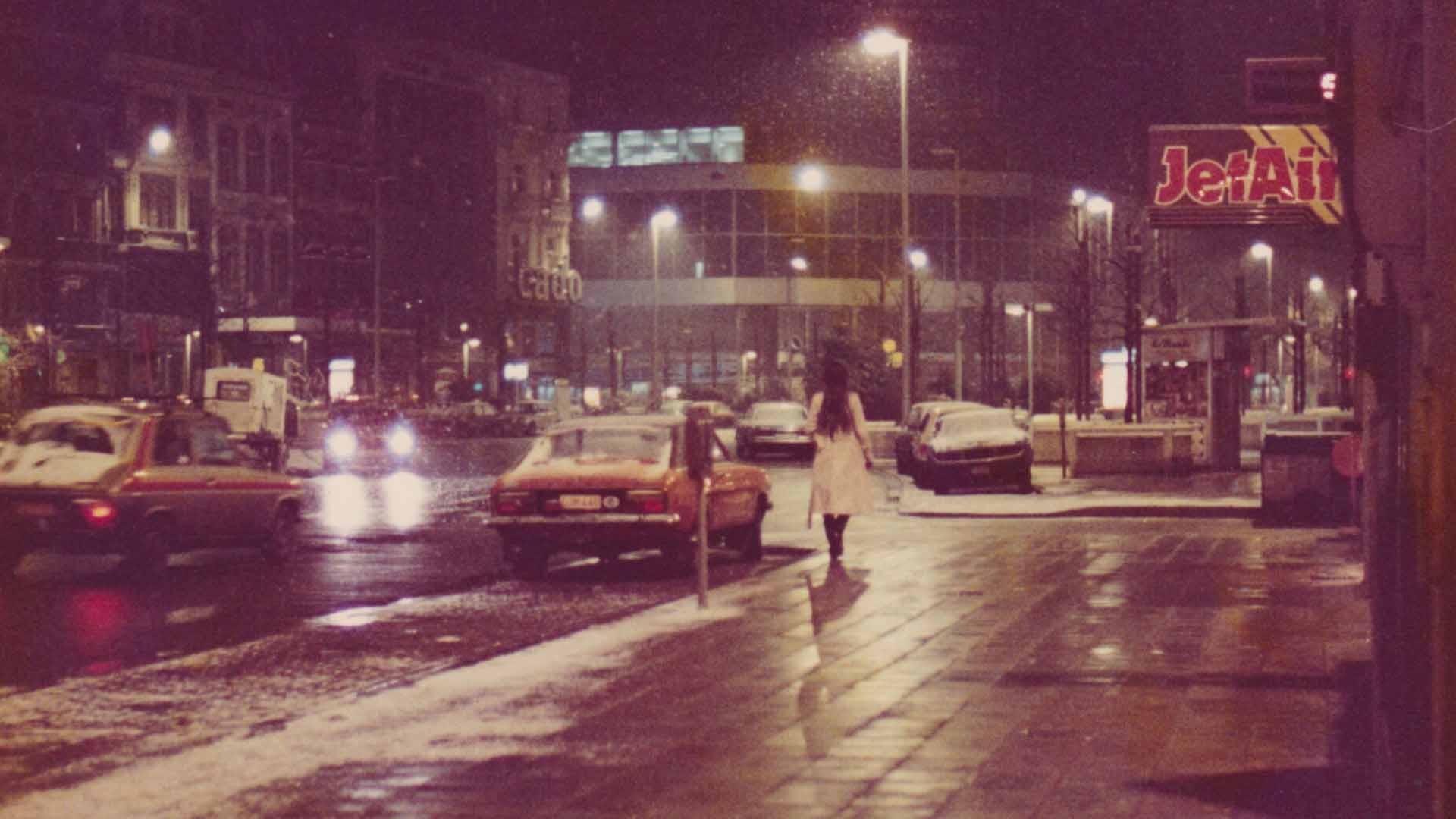 In Dominique Loreau's very first (short) film, a woman wanders the streets of Brussels, waiting to leave for the tropics with a man she happened to meet in a pub. The film premiered at the Berlinale at the time. It is the first in a line short fiction films by Loreau, shot on 35mm. Later, Loreau, also a philosopher, writer and teacher, would go on to make mostly documentary and hybrid films.

"I soon became aware of the fact that I was very interested in what happened next to the set, in the reality in which the film unfolded, and also of the fact that making fiction films is very heavy and difficult in terms of materials," she says on CINEMATEK's website. "I like to leave room for chance and surprises, encounters, metamorphoses that happen, that become visible in the final work. When reality resists and reacts and you have to play with that resistance. Filming is an encounter with people, with places, with situations, and the creation of a new reality that would not exist without the film. It is an act of transformation, of yourself, and of the world."

For a year, Dominique Loreau (Belgium, 1955) studied filmmaking and editing at INSAS. She then studied History of Philosophy for three years at the Université Libre de Bruxelles. To celerate her new feature film, Une si longue marche, CINEMATEK is screening a retrospective of Dominique Loreau's work.