The Day That Was White 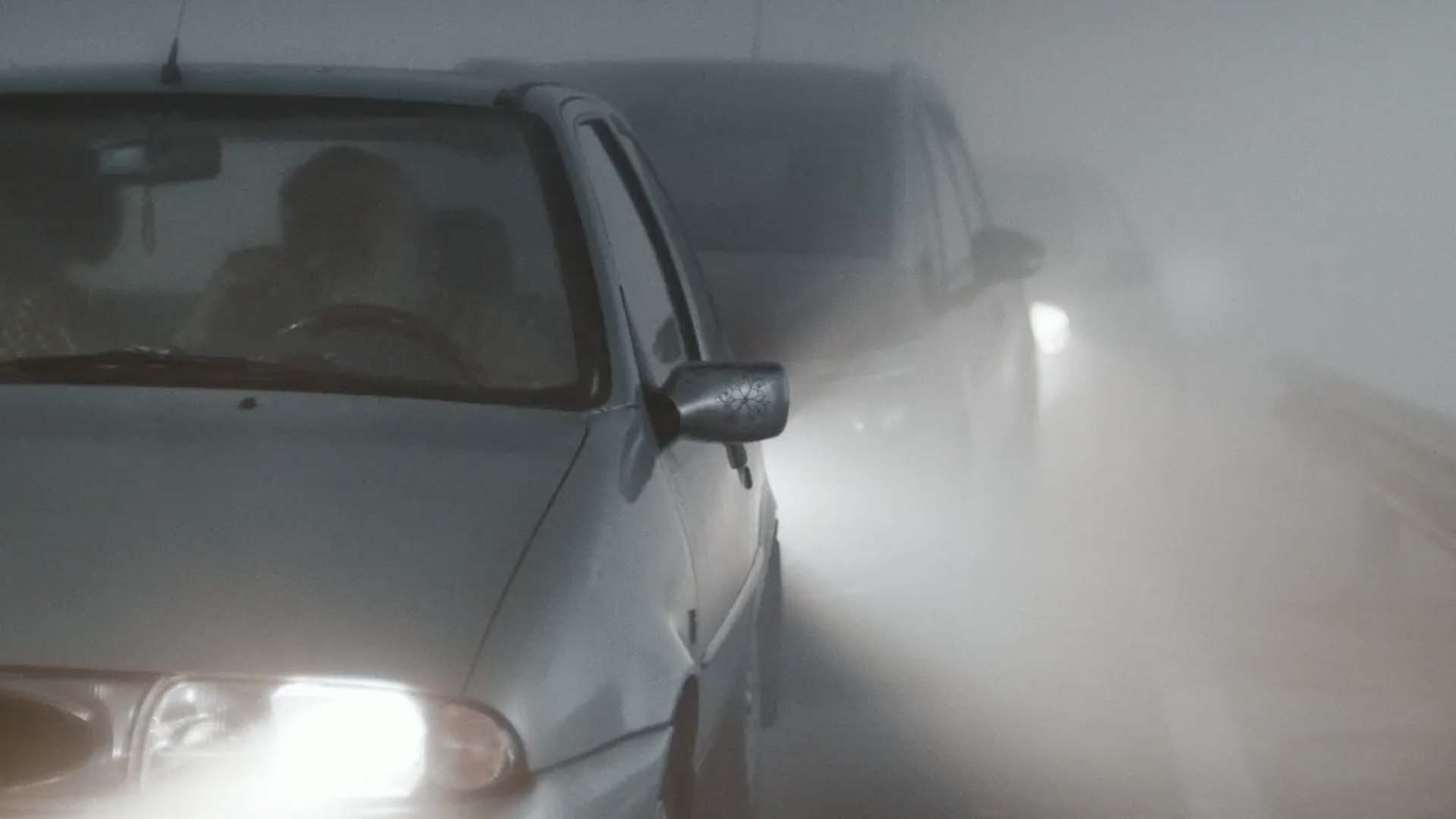 The Day That Was White

Wannes Vanspauwen's graduation film did not go unnoticed. After receiving a special mention from the jury at Film Fest Gent, the film was also awarded the jury prize at Kortfilmfestival Leuven, which earned Vanspauwen a spot on the long list of the Academy Awards.

In The Day That Was White, some unfortunate people find themselves stuck in a traffic jam. Vanspauwen shows the typical frustration that usually surfaces. The various vignettes provide a glimpse into an in-between time, somewhere between starting point and deferred goal. "What time is it?" "How much longer?" As time ticks by, the fog becomes something timeless, colored by roaring engines and occasional honking. A forgotten place where people wait and stray pigs, mannequins and a wandering figure color this no man's land.

With selections at major festivals such as Cannes and Berlin, Flemish, Walloon and Brussels short films have caused quite a stir in recent years. However, this good news did not always make it past the language barrier. With the support of the French and Flemish Communities, Dalton Distribution and the Agence belge du court métrage want to change this and build bridges with a joint series of short film programs. Under the label 'En cour(t)s de route', they are releasing four compilations of Belgian short films, which will be shown throughout the country.

The Day That Was White is part of the selection 'Verrassend Kort / Mondes Étranges', a program of five films "that demonstrate that the short film is above all the creative brain of the film industry". The program will also be screened at Cinema ZED (Leuven), De Cinema (Antwerp), Cinema Palace (Brussels), Tour à plomb (Brussels) and GC Het Huys (Uccle).

At Studio Skoop, Wannes Vanspauwen will be present for a Q&A, modereated by Bo Alfaro Decreton.