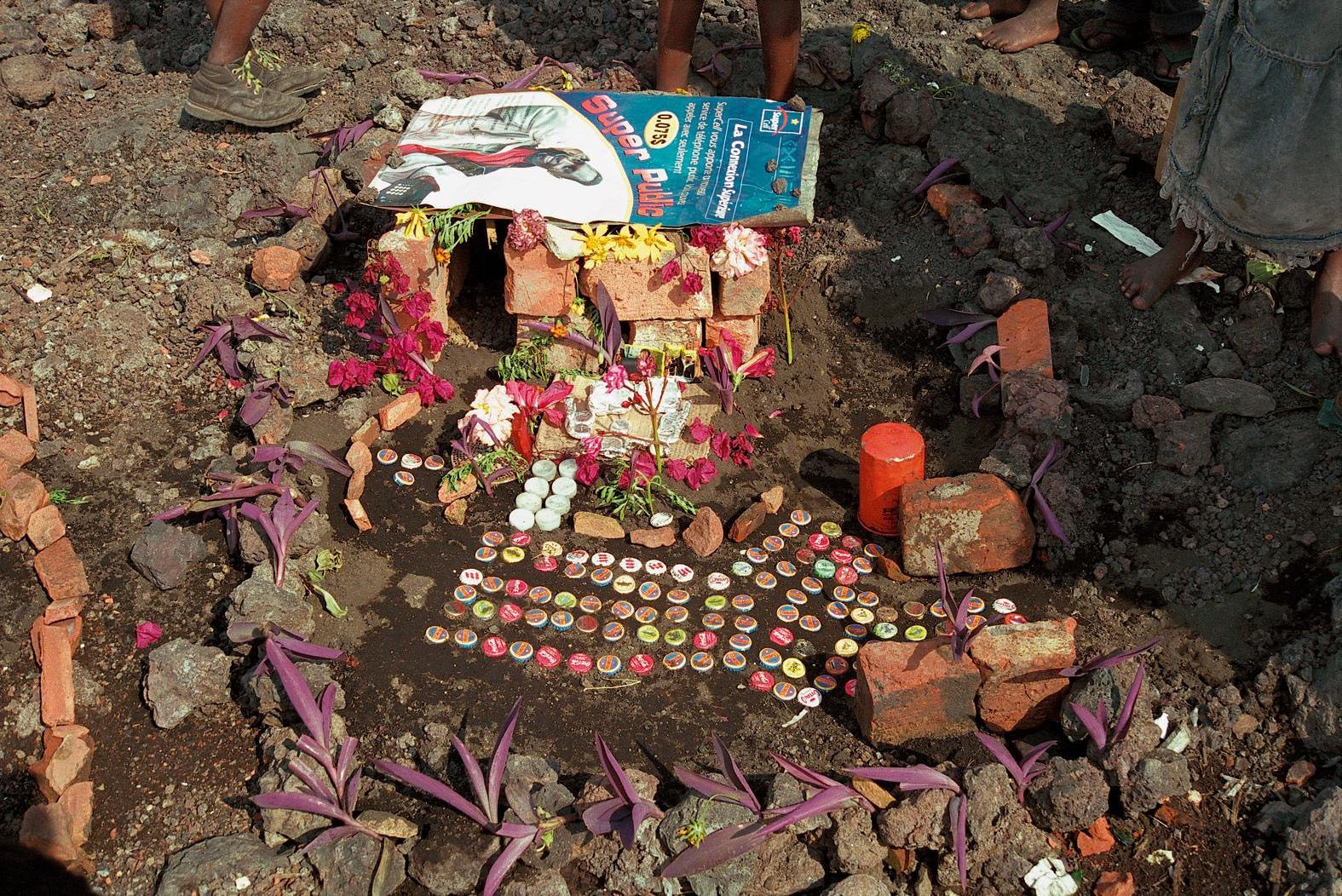 Sarah Vanagt's films exist at the interface between video art and documentary, and pay close attention to history and traces of that history. In 2006's First Elections, Vanagt follows a number of children in Goma, Congo, who in their own way reflect what happens in the higher realms of power.

Said children live on ruins, after the eruption of the Nyiragongo volcano in 2002. They sell paper handkerchiefs and lava rocks while building their own town on top of the old one. Vanagt alternates that with commercials for baby dolls Bébé Rico and Bébé Elegance — or Kabila and Bemba, the then-presidential candidates. The children dance to the tunes of those ads thus, consciously or unconsciously, appropriating politics.

During the programme on Sarah Vanagt's work, the short films Little Figures (2003) and The Porters (2022) will also be screened. The latter received a special mention from the jury at IDFA in November. The three short films share a (post)colonial common thread.