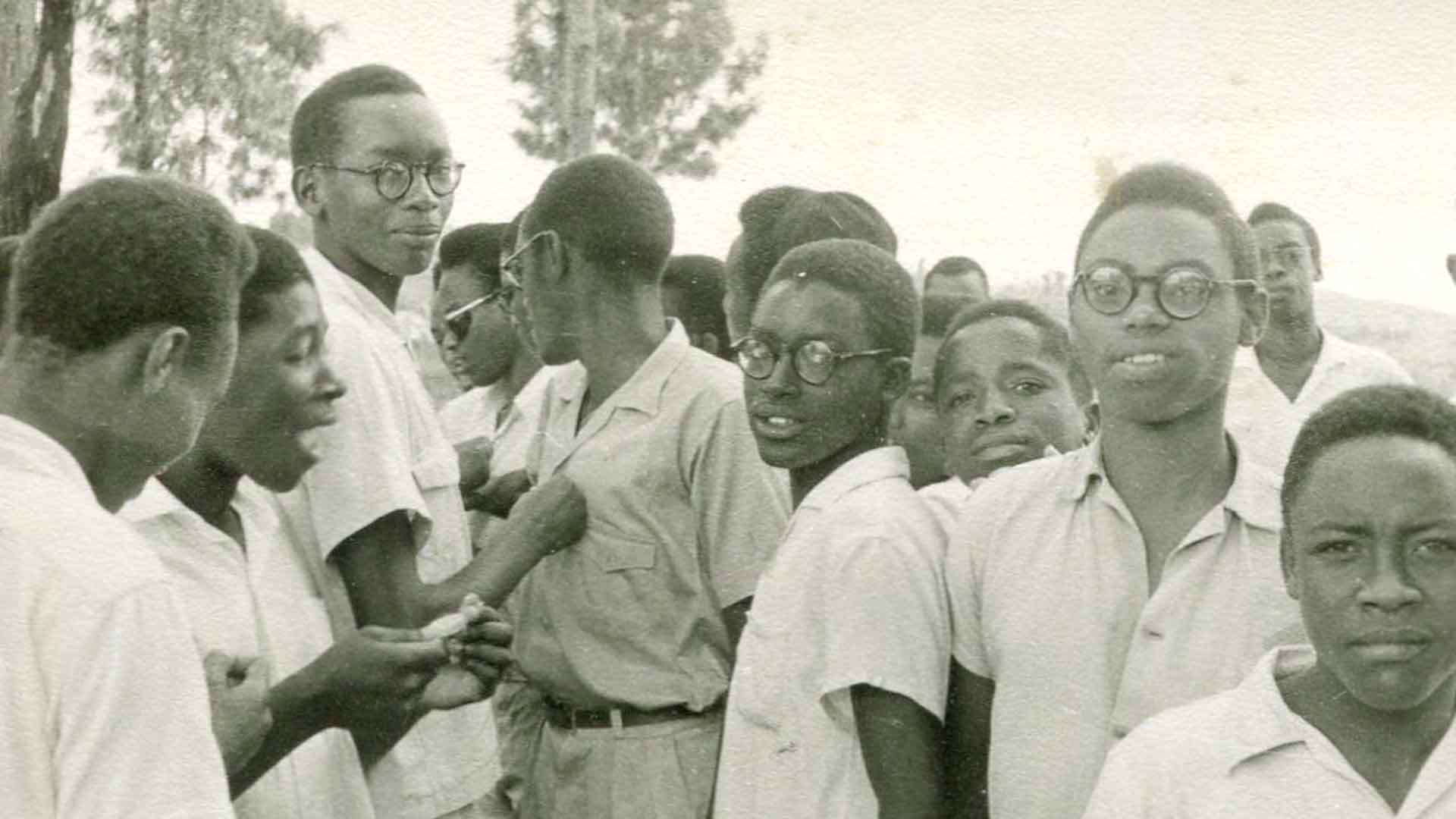 A conceptual experiment about what it means to begin a film with a black image transforms into a subtle personal essay about the filmmaker. The story of a missionary who falls in love with a Rwandan girl blends with what images and colonial history mean to their daughter.

La Mazda jaune et sa sainteté by Sandra Muteteri Heremans immerses you in the filmmaker's personal history and questions her relationship with images and memories. It equally reveals the story of her late father, a former missionary of the Belgian Catholic Church in Rwanda, and includes the letters he wrote as a priest to the Pope, to regularize the violation of celibacy.

The film had its world premiere at the International Film Festival Rotterdam (IFFR) in 2018.

This short film is part of Recaptioning Congo Nocturne, a short film program that fits the theme of the exhibition Recaptioning Congo at Fotomuseum (FOMU), Antwerp. The program was curated by Salomé Omanga Ysebaert, and can be seen continuously on Oct. 20th from 7h45 to 11h p.m. at Cinema Lumière.