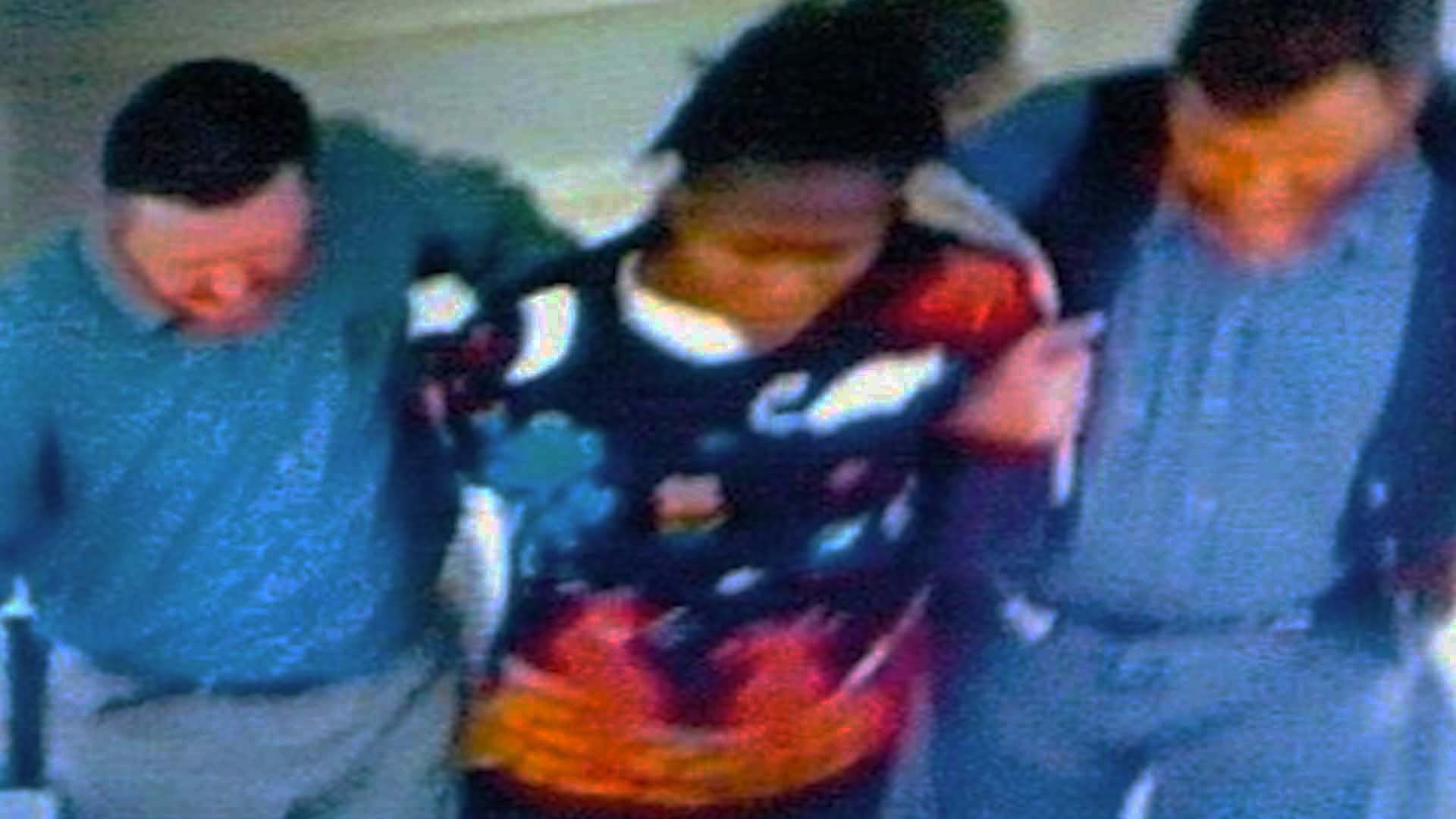 In 1998, Semira Adamu, a 20-year-old Nigerian immigrant, was murdered on Belgian soil by suffocation under a police pillow. Twenty years later, two women tell her story in a joint cry for justice. Through this film, they highlight the reality of detention centres: the harsh conditions of confinement, the suffering of detainees and the abuse by guards and police officers.

On September 22, 1998, the young Nigerian asylum seeker Semira Adamu died during a violent deportation attempt. Fleeing a forced marriage, she arrived in Belgium where she was detained for several months. Searching for the right formal fit for the story Adamu can no longer tell herself, Pauline Fonsny meticulously strings together archival material with contributions from other artists. It can be said to certain extent that A l’usage des vivants, by gleaning input within a small community of mourning artists and activists, is an example of collective filmmaking. Artist Obi Okigbo provides her voice, hands and face to Adamu. Scenographer Céline de Vos' maquette situates the detention center 127bis in Steenokkerzeel, right next to the airport in Zaventem, and creates an establishing shot that turns into a crime scene while composer Alice Perret's music maintains the subcutaneous tension.

The most important formal contributions of Fonsny herself are the lateral tracking shots that symbolically signal the solidary position of those involved in making the film — they stand beside Semira and walk with her — and, at the same time, portray the impenetrable nature of the buildings. Filming is not allowed in detention centers. Fonsny has no other choice but to film 127bis from the sidelines. The poem Boxon Recital by Maïa Chauvier expresses the urgency of witnessing the world from the margins early on and, doing so, punctuates the main narrative of the film. The lateral lens draws the outline of the landscape in which Semira and many others are trapped. As the lens moves along gates and fences of the soulless environment, a female guard walks into the frame from the opposite direction: "That's not allowed". It is a feeble rebuke, as if the woman doesn’t actually believe the legitimacy of her own words, and yet they seem to be directed as much to the act of filming as to the act of solidarity. In the aftermath of Semira Adamu's murder, both the officers who killed her and the activists who helped her were taken to court. It was concluded by the authorities that Semira would not be dead had she not resisted.

Other fences follow. The detention center is land-locked and Semira locked in. The separation between the two worlds is sealed shut but the cracks are showing. An overhead shot zooms in on dark gaps between parts of the miniature model. Something is off between the tiny clumps of moss, the panels of the model do not connect properly. The activists broke through to the detainees in 1998. Footage of Adamu eating an apple and watching television in 127bis was recorded illegally and smuggled out. So were her notes describing daily life at the center, and broadcasted on national television two months before her death. In line with the work of activist collective Getting the Voice Out in which she is involved, Fonsny is ensuring, with the help of others, that Semira's smothered voice still breaks through twenty years later.

In his book Cinémas en communs, French researcher Robert Bonamy examines several communal forms in cinema, forms that choose plural over singular as they arise where our various imaginations overlap. He finds examples of such forms in shared fringes, communes lisières. In those liminal spaces, porous interstices unencumbered by the clearly defined but arbitrarily imposed (state)borders, he finds the possibility for different and perhaps freer forms of filmmaking. In the margins of time and space, filming with a community can grow into filmmaking for a community. Fonsny holds a mirror to the viewer in the same way Alain Renais did in Nuit et Brouillard, which shares a predilection for lateral tracking shots with A l'usage des vivants. Renais recounted the horrors of the second World War ten years after the facts. Like him, she resolutely chooses for one particular side of history. Like him, she does not shy away from using brutal images to do so twenty years after Semira’s death. By employing the footage recorded by the officers on the plane during the forcible deportation, she make us witnesses to the murder. "They killed a woman but not her struggle," was the slogan people chanted in the streets of Brussels to commemorate Adamu. Pauline Fonsny's film carries on both the remembrance and the fight and, as the title suggests, exhorts the living to do the same.

Institutional violence, collective negligence and racist immigration policies remain nevertheless unbothered. The year in which the film was made, 2018, was tainted by the blood of the now forever little Mawda Shawri whom the ending credits inevitably refer to. As Chauvier wrote: “Cela dure encore, cela dure toujours.” The struggle is never over and like Mawda’s and Semira’s blood, it leaves stubborn, indelible stains. 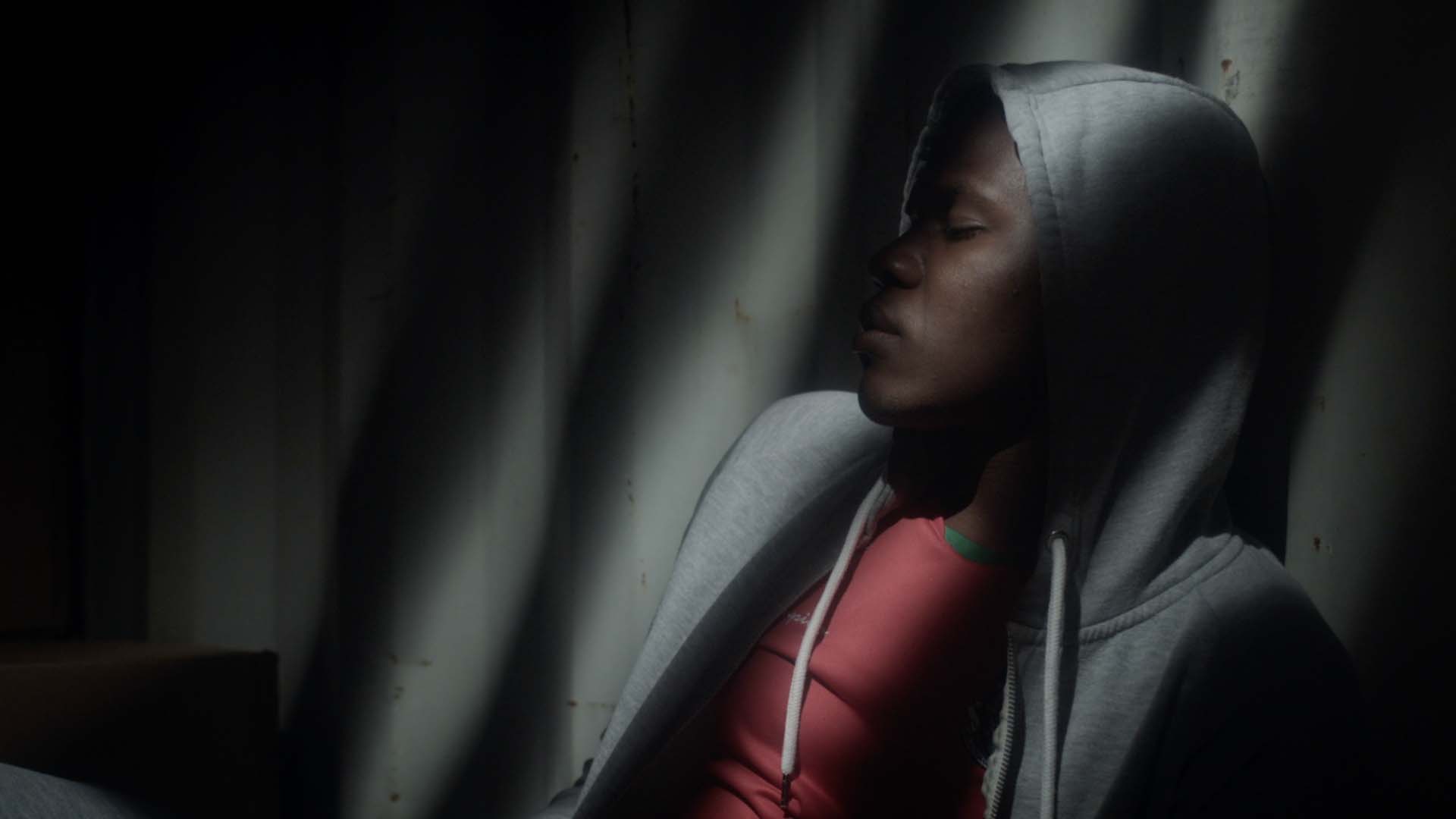 In a container, between crates of merchandise, two men talk about their exile. Their stories and their crossing of endless borders come together in a common dream: to reach England.