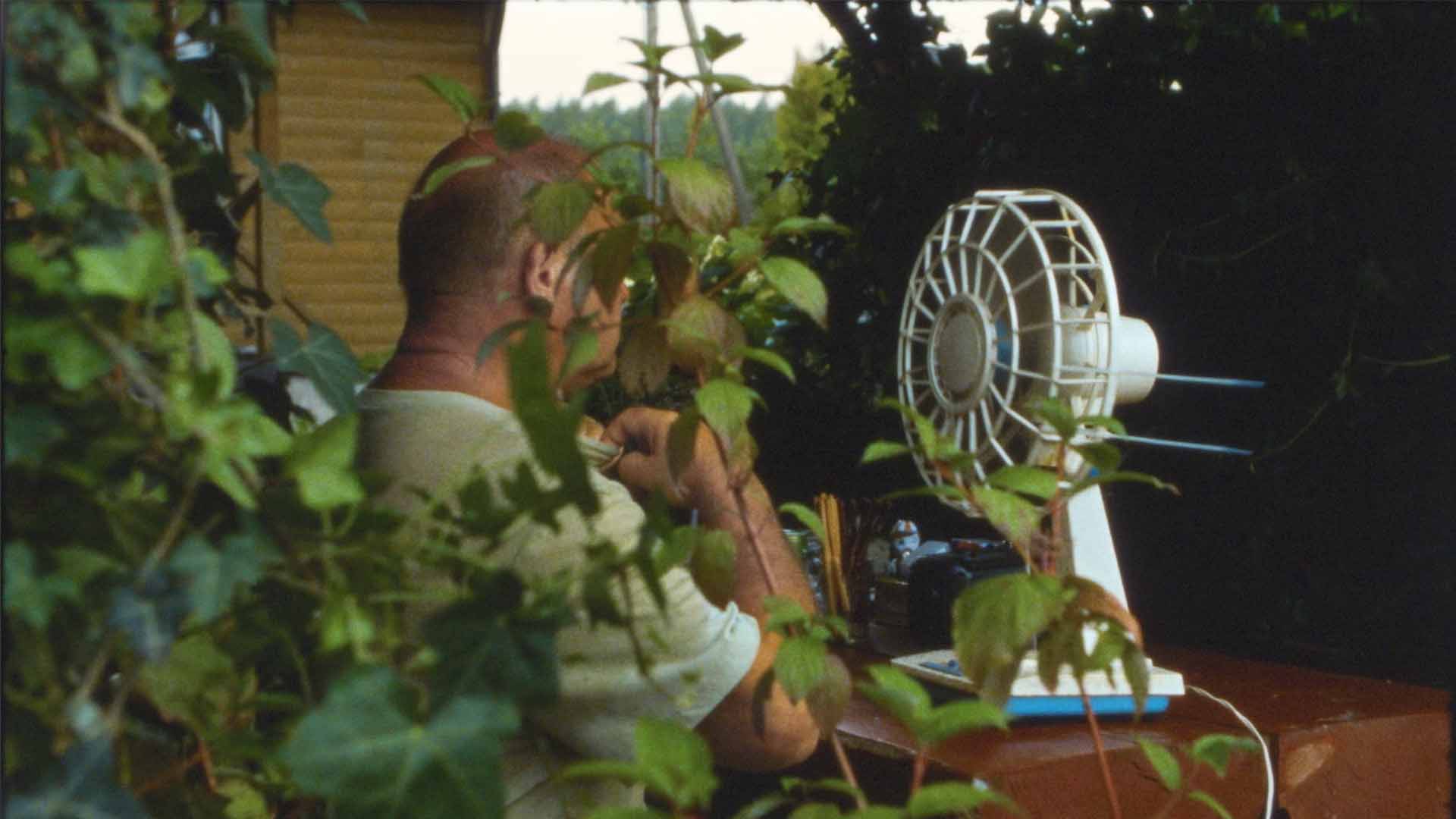 The young Lithuanian filmmaker Vytautas Katkus and his father play (more or less) themselves in the short film Cherries, in which Katkus continues to explore the themes he already installed in his previous, critically acclaimed, short film Community Gardens: the relationship between an ageing father and his son, and the passing of time.

Dialogues are scarce but the brief moments of connection and disconnection between the two characters are visually clear. In an interview with Ubiquarian, the introverted filmmaker states that he finds it easier to "express how I feel about certain things in images than when talking to people."1 With his camera, Katkus deliberately creates a distance between the audience and the characters, and between father and son. The emotional impact comes from an unexpected source: the sound.

Though the casting of filmmaker and father as father and son seems to suggest an element of psychodrama within the film, their relationship is not portrayed in a manner of hyper-specificity but in fact holds a certain universality.2 In Cannes, the film received a shortlist nomination for the European Film Awards.