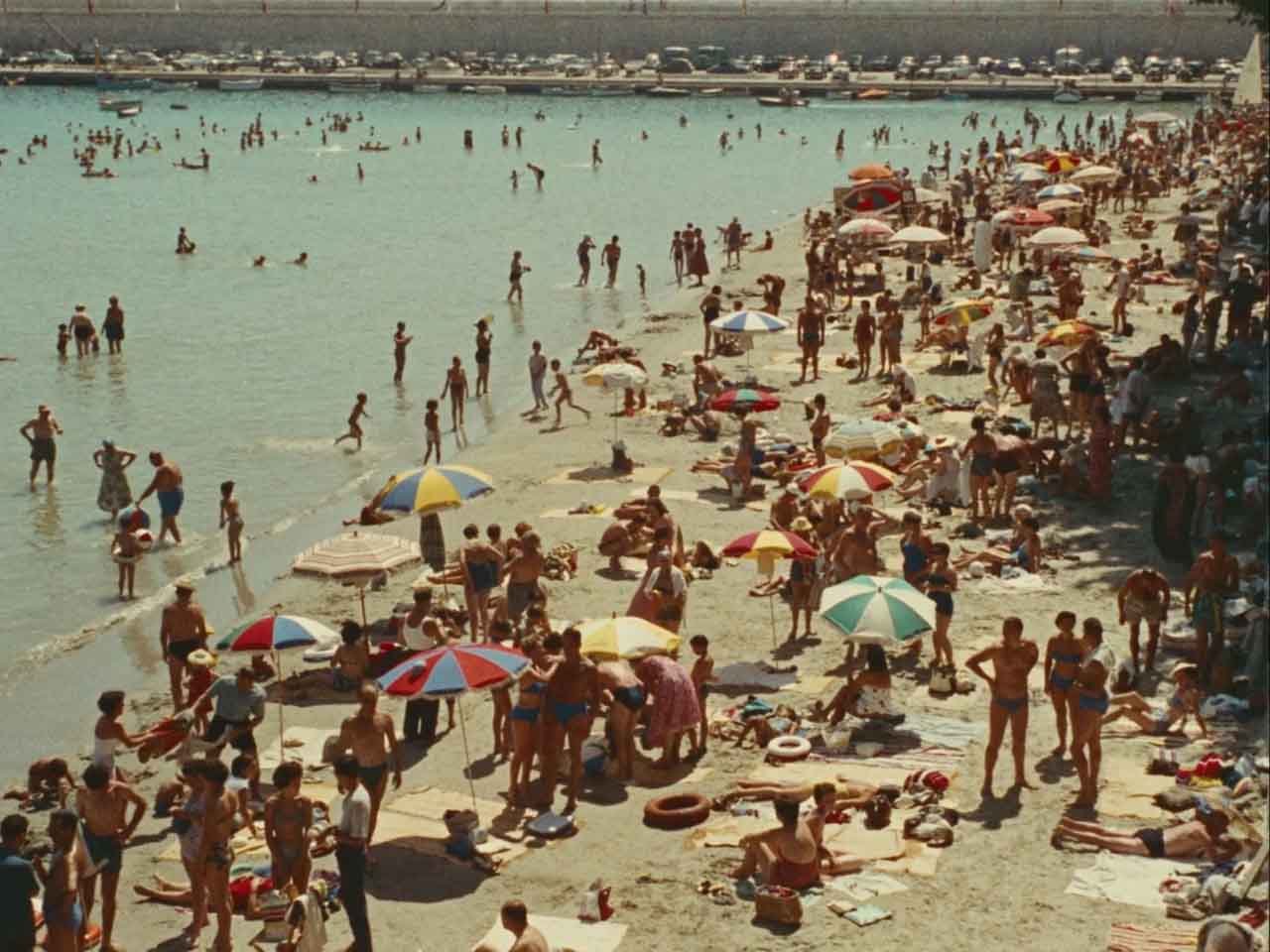 French filmmaker Agnès Varda, originally born in Ixelles, died in 2019 at the age of 90, only weeks after the world premiere of her last film Varda par Agnès. Although long often to be named in the shadow of her male French New Wave contemporaries, her work was equally crucial to the influential film movement.

Du côté de la côte was one of her very first (short) films, commissioned by the French Tourism Office, and at the time dedicated to leading French film theorist André Bazin. In the saturated film, Varda captures 1950s tourism on the Côte d'Azur: clear skies, burning sun and cheeky parasols. A touristic tour on the French Riviera's exoticism, full of captivating imagery, bathed in an atmosphere of nostalgia.

Characteristic of Varda's idiosyncratic style, the glorifying postcards come with some quips, hinting at the end of summer and the loss of such a tourist paradise.

Du côté de la côte is part of a film programme at Art Cinema OFFoff, curated around the première of Le Soleil Ici: Envisager (2022) of La Chambre Automatique. In the presence of the collective.