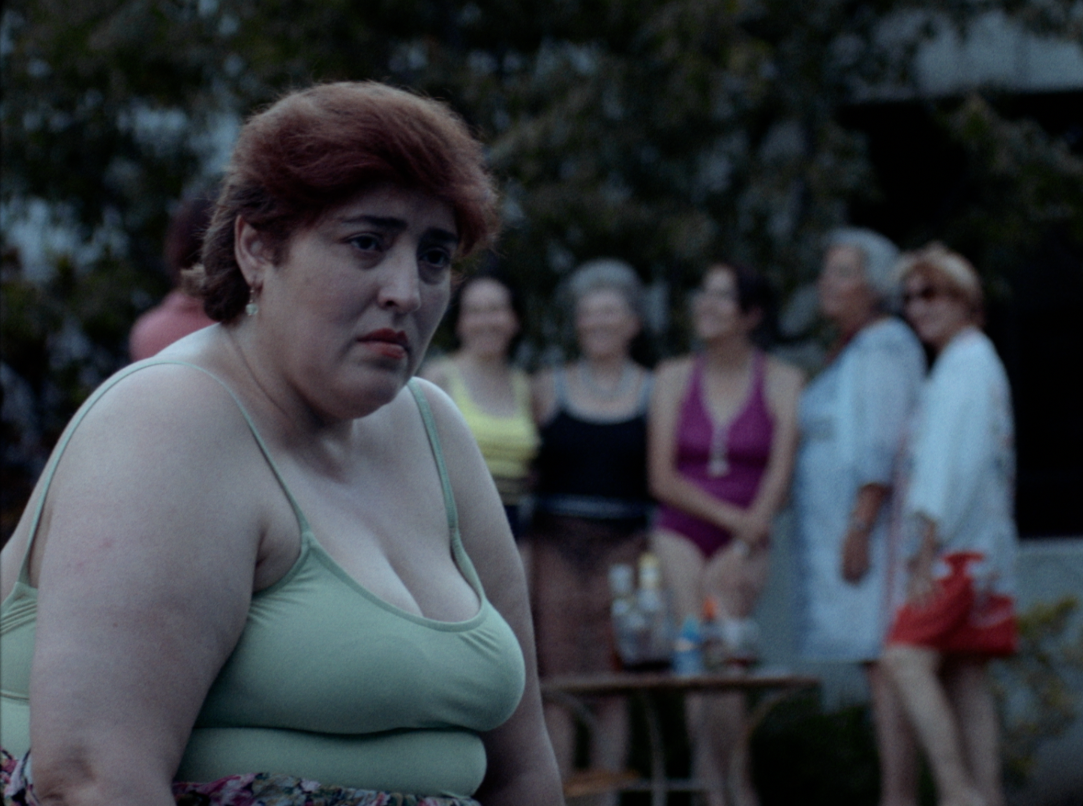 Ana's life changes radically, she divorced at the age of 40. Every day, it gets harder to keep pretending that everything is fine in front of her family.

Though a lot is happening around her, Ana is looking at herself as she’s being watched from the observing point of view of a CCTV-camera. She’s featured as an awkward red dot invading the lower corner of the small screen. Ana has decided to make the best of it and to retake control of her life: a new haircut, starting to drive the car again. Yet everyone in her family seems to question her ability to actually do so — and what is worse: they might be right.

As the original title, Lo que no se dice bajo el sol, reveals, not much is said out loud in Eduardo Esquivel's short film. However, the filmmaker’s care for detail in this seemingly loose narrative conveys the many subtle truths through looks and silences, all rendered in an essentially neo-realistic cinematographic style. Its tender frankness works in more ways than one. When Ana is taking her kids to spend an afternoon at grandma’s on a seemingly normal day, her actions play out as an ordeal within the quest to revalue herself as an independent woman, while facing the cruelties of her closest family members. Under the Sun quite literally pays tribute to Lucrecia Martel’s La Ciénaga, and more sun-drenched Latin-American cinema.

Amidst a chatty background and heart wrenching soundtrack, many things are left unsaid. Esquivels cinematic style wonderfully capturing Ana’s sad summer day is a great example of how cinema is able to elevate the human condition. Though almost worlds apart, Emmanuel Marre’s protagonist in The Summer Movie, a French man looking for a new purpose in life after a break-up, shares a lot with Esquivels Mexican divorced woman. Both characters go on very different summer road trips in these midlife coming-of-age journeys to redefine their identity, while no one dares to disturb the sound of silence.

Originally from Cologne, Germany, where she started working in the music industry, Nina Rodríguez holds an MA in the Presentation and Preservation of the Moving Image from the University of Amsterdam and has been Head of Programming at the Guanajuato International Film Festival in Mexico since 2006. Having collaborated with the Abu Dhabi Film Festival in the past, she is currently also part of the team behind Qumra, an initiative of the Doha Film Institute, providing mentorship for international film projects from development through post-production. She served as Academic Coordinator for the Pueblo Mágico Mexican Film Residency in Tepoztlán and has curated showcases and participated on panels and juries at many other events including FICG, Tous Ecrans, Berlinale Talents, Tokyo IFF and Sarajevo Film Festival. In 2020, Nina opened Compartimento Cinematográfico, an independent cinema in San Miguel de Allende.