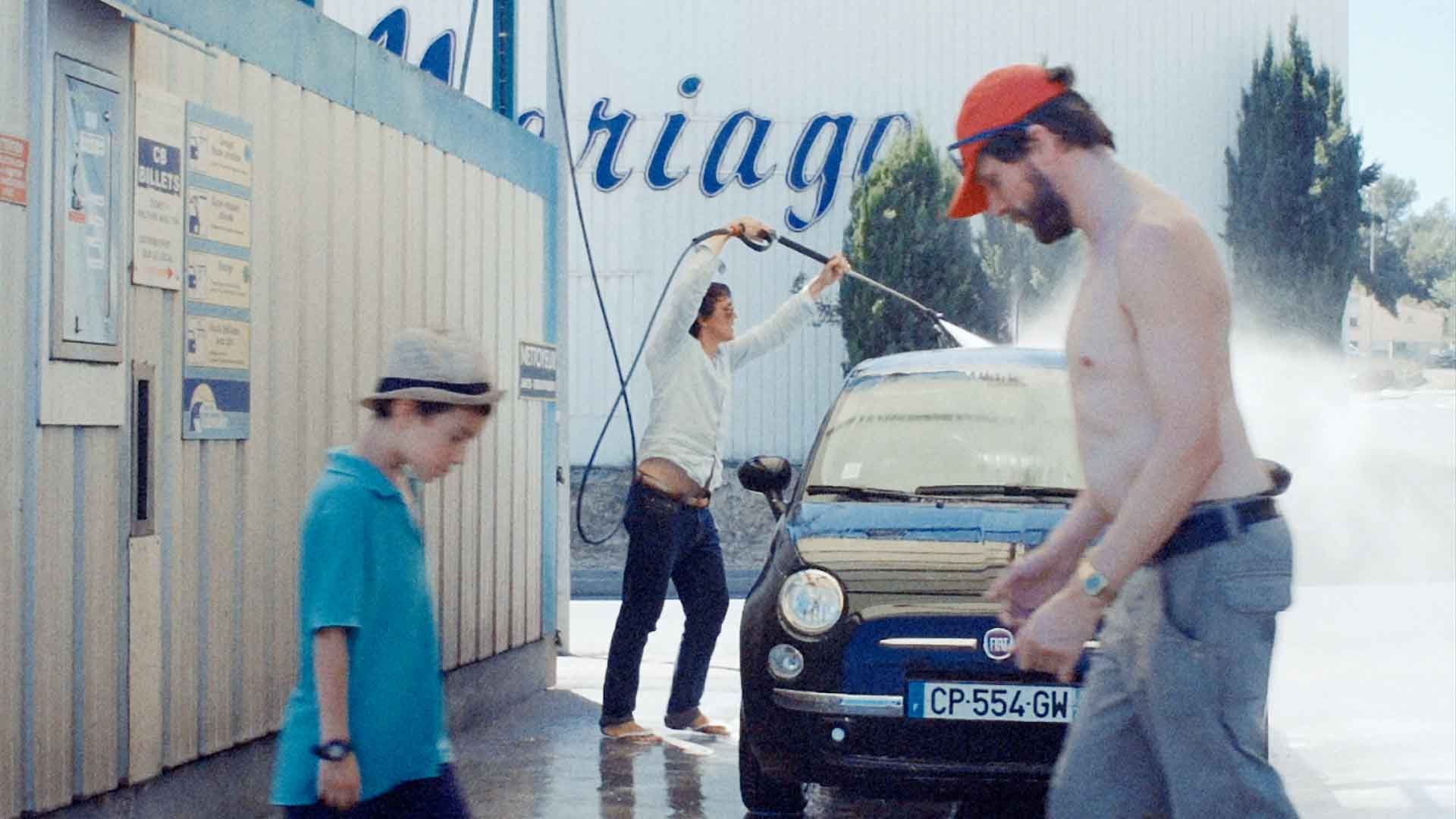 Alfred Hitchcock once famously said that “…drama is life with the dull bits cut out.” But perhaps the biggest question is how one defines those ‘dull’ bits. If we are to believe the feature film world, what remains when said dull bits are excised, are grandiose moments of melodrama. Death, murder, infidelity, crime and a litany of other earth shattering events become the narrative lynch pin of many a feature.Yet Anton Chekov once wrote: “In real life, people don't spend every moment shooting one another, hanging themselves, or making declarations of love. They do not spend all their time saying clever things. They are more occupied with eating, drinking, flirting, and saying stupidities.” In the examination of these moments the short film medium seems particularly to excel.

In The Summer Movie, nothing much seems to happen. A man, Philippe, meets up with his friend Aurélien and Aurélien’s 9-year-old son Balthazar. They travel around, talk about random things, all seemingly without much of a goal. And then they all go their separate ways. Yet despite such a disparate narrative, the film seems rich and rewarding, redolent with an examination of a life lived and the momentary feelings of freedom in lives regimented by the pressures of the modern day.

Heavily improvised over a number of days, the film eschews the usual trappings of the Western (and often middle class) idea of a summer holiday: the idyllic location, the beatific meals in expensive seaside restaurants, the life re-defining holiday romance. These moments of so-called import are absent. The Summer Movie is a world of concrete laybys and motorway service stations, of hastily purchased convenience food and ill arranged stop offs, of snatched conversations that seem to revolve around nothing in particular. All of it captured through the light of summer, the haze of which can be stark and burning, as well as comforting and warm.

For all the reveling in mood and tone that this summer movie enjoys, it’s fair to say that there is something of a character arc to Philippe – one that perhaps works as an ironic comment on the very nature of the art we are seeing. Expressing dissatisfaction with life in the opening scenes,  Philippe attempts suicide near the beginning of the film. The scene itself is brief and has enough ambiguity to ensure we’re one hundred percent certain as to what is happening. For many a film a scene such as this would be a pivotal moment, something to concentrate and expand upon. Here, it’s as important as eating melon or engaging in a discussion about kissing girls. While Philippe spends much of the film being a detached observer, he slowly becomes re-engaged with life through the moments of supposed mundanity. There’s a sense of irony there, a reminder of just how art and culture can lie to us. We’re taught that if we don’t live life by the standards of what we experience in mainstream culture, that we’re somehow failures. That if we’re not professing love from the rooftops, or engaging grandiose gestures of heroism or foolishness, then we’re letting life pass us by. Le film de l’été is a reminder that these mundane moments are a life lived, and are how most of us get through our lives day by day. These moments – as Philippe finds out as he bonds with Balthazar – are magnificent by their very insignificance.

Short film consistently has a history of re-framing classical drama tropes and filtering them through a lens which is paradoxically both mundane yet intense. Ruben Östlund’s Golden Bear winning Incident By A Bank (2010) takes the real life story of a failed bank robbery and, over the course of one take, filters it through the minutiae of real life as mistakes are made and obvious things ignored. The film plays with a tension between the abnormal and the everyday and finds both equally fascinating. Many shorts can be boiled down to the meeting and interaction of two people, such as the Palme D’or winning Greek film The Distance Between Us And The Sky (2019) by Vasilis Kekatos. Ostensibly a two-hander, its subtlety and restraint as two boys flirt with each other makes it into something grander, more profound. The simple is once again made wonderfully complex.

This is not to say a feature film can’t indulge these more minimalist modes. Films such as Kelly Reichardt’s Old Joy (2006) or those that run the gamut from mumblecore to British social realism, all revel in examining life through a realist and mundane lens. Yet the feeling is that features strain when doing so, constantly on a knife edge of wanting to break through into something melodramatic. Shorts seem much suited to examine the “little earthquakes” that make up life.

Marre himself  has shown he can continue his aesthetic vision into longer forms. Both medium length film D'un château l'autre (2018), which was ostensibly a documentary, and 2020 feature Zero Fucks Given also played with the spaces where the ordinary and extraordinary meet. In a 2018 interview with Variety, he revealed his inspiration – an artist who seems to have some resonances with Chekov: “The artist that inspires me most is Raymond Carver. He’s one of the few artists that decided to dedicate his art not to the 10%, very few dramatic moments of our lifetime, but to the 90% non-dramatic material of our everyday life.”

The Summer Movie reminds us that everyday does not necessarily mean dull or unappealing. For we live small moments that add up to the grandiose. 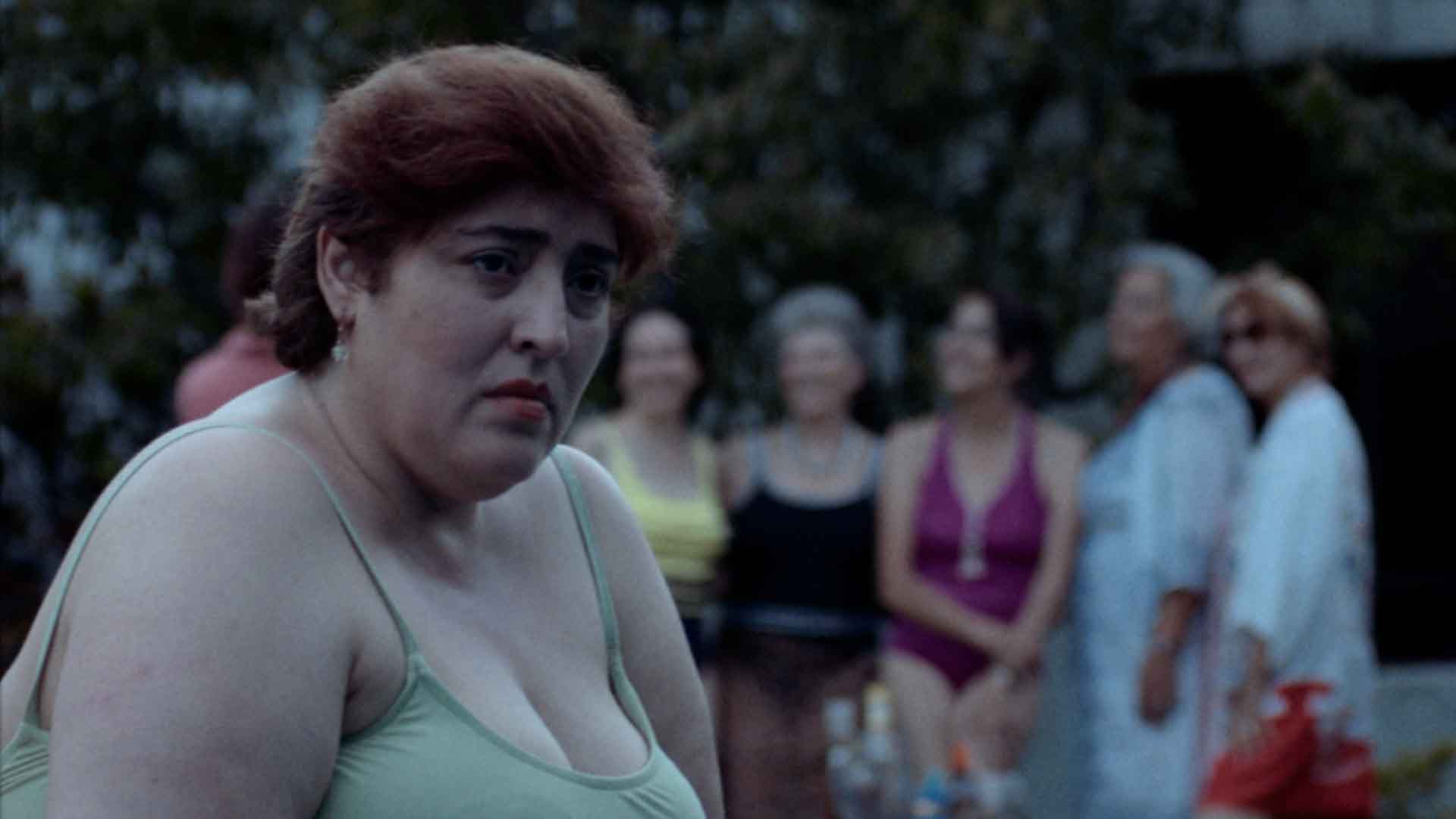 Under the Sun
Eduardo Esquivel, Mexico, 15'

Ana's life changes radically, she divorced at the age of 40. Every day, it gets harder to keep pretending that everything is fine in front of her family.